skip to main | skip to sidebar

In Search Of Meaningfulness Of Relationships 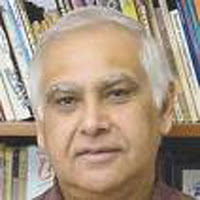 Writer: Sukhinder
Sadhu Binning’s poetry collection ‘Yaar Mera Dariya’ (River My Friend) could be called an experiment in search of the meaningfulness of relationships.
This search is not limited to the human relationships only; rather, this journey of search extends to the human surroundings leading upto the relationship of man and nature. Sadhu Binning’s poems talk about human relationships extending to the boundaries of space, time and matter. These poems also talk about our cultural, political and economic relationships.
These poems also talk about the distinction between the Eastern and Western cultures. Sometimes, after reading these poems, one gets a feeling that writer of these poems is showing a little bit too much emotion towards the Eastern culture.
Discussion about the Sadhu Binning’s poetry collection ‘Yaar Mera Dariya’ can be initiated with the following piece of his poem ‘Dialogue with the poetry’:
Poetry is
to show affection towards people
to sing songs of
their pains and sufferings
in hour of need
to hold flag high for our rights
In this book, Sadhu Binning feels the need to tell that man has a very deep relationship with the poetry. Since the ancient times poetry has been with the man at all the times. Human spirit speaks through the poetry. Through the words of poetry man has learnt to express his desires, wishes, pains, sufferings, happiness, sadness and emotions. Thus giving them an emotional meaning to make one realize of its own existence. Through our poetic expressions, we not only like to express ourselves through this mode of expression; rather, we also start vibrations in the consciousness of our listener/reader. Thus it results as an inspiration for every nano particle of his body to get into the mode of galactic dance. That makes a beginning of establishing our relationship with it.
Banks of rivers became the cradle of human civilization. In the beginning of human civilization man settled on the banks of rivers. Perhaps, this helped to cement the foundations of friendship between man and the river. Rivers not only became the source of his survival; they also became means for his transportation too. River shares his pain, suffering and celebrations as a close friend. In these millions of years friendship between man and river became natural. In this process of mutual relationship development man also started feeling the pain of the rivers. Sadhu Binning understands this mutual relationship between man and the river very well:
When some
big commercial boat
floats with a speed on its waters
angery river throws pebbles
lying on its banks in disgust
and throws foam in anguish
and when hens
float together in rows
or a couple sitting in a small boat
paddles slowly
river flows silently
as if dancing with joy

river my friend
unfolds his heart in this fashion
(Yaar Mera Dariya)
Just as Sadhu Binning talks about the friendship between the man and his surroundings, he also talks about man’s friendship with the grass:
During my stroll grass asks
you never sit down with me
and share your moments of joys and pain
neither you ever sing any song
once a while you just come worn out
and leave exhausted

Is it true you don’t remember anymore
gossips you enjoyed with your friends
sharing singing with your sweatheart
all those sweet moments of life sitting on me
spent moments playing with my roots
you have become an alien for me
as someone becomes an outsider
for its own self
(On a Stroll)
Unending greed of man has not only destroyed the natural resources; rather, it has also polluted its own surrounding environment to its maximum. By throwing industrial trash in the rivers and streams it has planted seeds of its own destruction. Emission of poisonous gases from the chimneys of factories is making the environment poisonous. With the increase of pollution in the environment global warming is on its increase. That’s resulting in earthquakes, tornadoes are coming, hurricanes are creating a havoc, and sunamy waves are killing hundreds and thousands of people. Hundreds of kinds of new diseases are spreading. Man’s eternal survival on our planet earth could be possible only through the development of a healthy relationship of man with its surroundings, environment and trees. If man will try to run away from this truth then it will be cultivating thorns under its own feet. Sadhu Binning is also conscious of man’s breaking relationships with air, grass and trees:
During my stroll
air tells me
grass asks
trees complain
(On my stroll)
There is one notable difference in Eastern and Western Cultures - Life Style. In the eastern cultures the family values are given utmost importance; but in comparison western cultures put more emphasis on the individuality. With the expansion of the consumer culture, with the increasing urge to fill their houses with the dazzling consumer goods some people are forgetting that homes are not built by piling up your homes with consumer goods. But existence of these houses is possible only due to the healthy relationships of human beings living in those houses. Sadhu Binning is also experiencing such feelings:
My new house is shining
full with dazzling goods
a good view for the eyes but

this doesn’t satisfy the inner emptyness
or
now this new shining house
is empty even with its fulness
deprived of memories and stories
(Home)
Canada is a country of immigrants. People have come here from every part of the world to get settled here. Majority of them have come here due to economic reasons. Such people might be enjoying much happiness and comfortable life in their new adopted country Canada as compared to their old country of birth they have left behind - but they will never feel in tune with the surroundings, environment, weather of Canada. Whenever they get an opportunity, they express their homesickness for their birthplace. Remembering the fields, rivers, environment and weather of their homeland they feel sad. Showering praises on their homeland they cross all the boundaries. Reading of Sadhu Binning’s poem ‘White Fairy’ we experience similar feelings:
I shiver
coming close to you
to play with you
to slip over you
i don’t feel an urge
as in a torrential rain
in unpaved streets
my heart would get excited
(White Fairy)
But among the Canadian Punjabi poets, Sadhu Binning is not the only such poet who writes poems expressing homesickness. One can also find such expressions of yearnings in the poems of many other Canadian Punjabi poets. Especially in the writings of such writers who even after living a long time in Canada mentally fail to adjust themselves with the Canadian cultural, social, economic and political environment.
In his poetry collection ‘Yaar Mera Dariya’ Sadhu Binning talks about many other subjects too.
Talking about the relationship of man and woman, without any hesitation, Sadhu Binning accepts that for centuries in order to preserve its control over the woman the man dominated society has put her under several kinds of mental slavery. This is the reason that the absence of man and woman’s relationships based on mutual understanding in many houses instead of husband and wife living like sweethearts they are living like enemies. That’s why they live like husbands and wives merely for a worldly show off. Such couples mentally and emotionally many times even physically attack each other and do not shirk even to severly injure each other. For such unstable human relationships responsibility also falls on our religious, cultural, social, literary, philosophical and political institutions who are providing them false knowledge. In which woman has been called as illiterate, animal and a foot shoe. Through the following stanza of his poem Sadhu Binning shows as how wrong definition of man and woman relationships embeded in our cultural traditions has been responsible for centuries for the destruction of human relationships. In this poem Sadhu Binning is pointing towards this facts very boldly:
And you
had decorated your body with
modesty, humbleness, obedience
your part of traditions had
instructed you
with your weapons
to win over my fiery arrows
guarding your weapons
clad in your glittering sari
just like me, you were also absent
in your own life’s celebrations
it was meant to be like this, our bed
a comic battleground
and in which as always
it was you who was meant to get injured
and it did happen
What really impresses while reading Sadhu Binning’s poetry is the reminder that in the journey of our life in celebrations, in moments of sadness, in moments of achievements, in moments of frustrations we should never forget that our ultimate dream is the development of the healthy relationships. These relationships could be human, cultural, social, political, economic, environmental or about our surroundings.
To develop an awareness of the meaningfulness of human relationships in the minds of the readers could be considered as the chief motive of the Sadhu Binnings poetry collection ‘Yaar Mera Dariya’.
In my views, any writer who commits for such an aim of his creation is not a small thing to achieve.
For his such an achievement, my best wishes are with Sadhu Binning.
(Malton, September 10, 2008)

From Dull Present To Moment Of Hope

Posted by ਸੁਖਿੰਦਰ at 7:52 AM No comments: 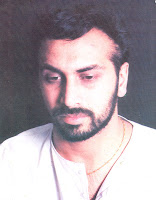 In Search Of Mythology From The Contemporary History 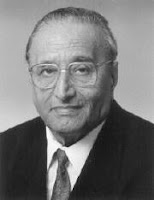 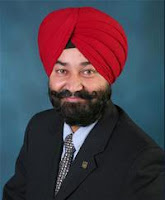 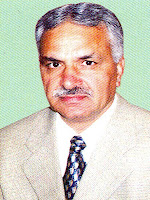 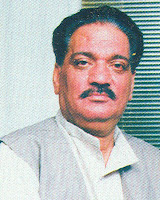 My Email Address is